OPINION: The third episode of ‘Atlanta’ has Earn and Paper Boi trying to handle artists of wildly different builds and abilities.

Editor’s Note: The following article is an opinion piece and the views expressed are those of the author. read more opinions in the Grio.

At a critical moment in episode three of the final season of “Atlanta,” Earn wonders, “What’s a D’Angelo?” And it’s a profound question because D’Angelo is one of the most important artists of his day (and clearly one of the inspirations for Childish Gambino’s most soulful music). D’Angelo, for those of us living through his rise, represents both an amazing and soulful musician and one who is frustratingly enigmatic. He made a really good album, “Brown Sugar,” disappeared for years, made a legendary album, “Voodoo,” and then disappeared for many, many years, and we wonder when he’s coming back. In a world where many artists put out as much product and content as they can, D’Angelo was one of those who dropped out of his career when we wanted so much more. When Earn goes on a journey to find D’Angelo, it’s an adventure many of us would like to go on. Of course, it is not a purely altruistic undertaking. Many people have said that music is one of the most important natural resources of black America. It is our oil, a valuable commodity that we can extract to earn money. Earn wants to find D’Angelo so he can sign him and make money off of him. He wants to commodify D’Angelo for himself, which means “Atlanta” continues his journey through capitalism.

Meanwhile, Paper Boi is also on a management journey. But where Earn is trying to sign a black artist of extraordinary talent and artistic integrity, Paper Boi stumbles upon the world of managing young white rappers who are terrible. However, due to their whiteness, they are still valuable products. It’s on a much less savory avenue of capitalism. Is Paper Boi hastening the gentrification and downfall of hip hop by promoting terrible white artists? Or is he pimping young white artists in the same way that white music business leaders have been pimping black artists for decades? It seems both. It’s all a hilarious twist from the beginning of Paper Boi’s journey in this episode where he was bought. They even use that word, “bought,” because a Jewish father pays Paper Boi to teach his son how to be black. The fetishization and commodification of blackness is a big part of this story. Whites hiring blacks to teach whites about blackness sounds disgusting. But in capitalism the price determines everything. The price you get for performing a service shows how respected you are. Being asked to teach Blackness for $100 an hour is an insult. Being offered $1 million to teach Blackness is… very interesting. [Author’s note: I am open to teaching your kids to be Black at that same rate.] The idea of ​​teaching blackness to white children would make most of us vomit, but if offered that much, most of us would lose any existential qualms and start making a lesson plan. If we are paid an amount that makes us feel respected, most of us would do almost anything.

“Atlanta” has always talked about race, hip hop, and culture in really complex and fascinating ways, but this season has also been a conversation about capitalism and how people are affected by it. While many shows seem to run out of ideas and power in their final season, “Atlanta” is tackling the big issues in American life and denouncing the vagaries of capitalism. 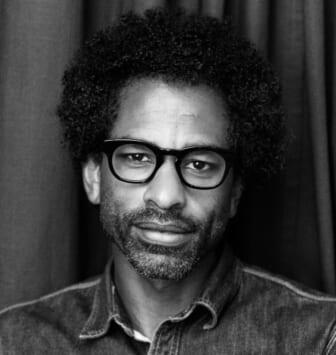 Touré is a presenter and creative director of theGrio. He is the host of the “Toure Show” podcast and the “Who Was Prince?” He is also the author of seven books, including the biography of Prince Nothing Compares 2 U. Keep an eye out for his upcoming Being Black In the 80s podcast.