The Decline of Empires in South Asia: How Britain and Russia lost control over India, Persia and Afghanistanby Heather A Campbell, Pen and Sword Books £20/$34.95

South Asia was where the tsarist British and Russian imperial designs collided in the “Great Game” of the 19th century. In his concise and carefully argued study, Campbell traces how World War I and the Bolshevik Revolution led to the decline of British and Russian influence in the region.

Straits: Beyond the myth of Magellanby Felipe Fernandez-Armesto, Bloomsbury £25/$29.95

Fernández-Armesto is not just a pioneering scholar of the Spanish empire and the Age of Exploration, but a historian who tells wonderfully readable stories. In Straits he offers an original and compelling reappraisal of Ferdinand Magellan, who died while leading the first circumnavigation of the world.

Oliver Cromwell’s New Model Army won the decisive battles of the English Civil War, overthrew the monarchy in 1649, and sustained the republic until its collapse in 1660. In this expanded version of a study published in 1992, Gentles shows why he was considered the main authority in the army

Greble’s important book casts the history of modern Europe in a new light by focusing on the continent’s indigenous Muslims. The Vanderbilt University historian recounts events from the Berlin Congress of 1878 to the formation of Tito’s communist Yugoslavia in the 1940s.

Starting from their small dukedom in northern France, the Normans had a profound impact on the politics and culture of medieval Europe by conquering the British Isles and extending their power to the Mediterranean. Green’s book is immensely readable and based on impeccable scholarship.

Guha, a leading historian of modern India, turns his attention in his latest book to seven white foreigners, five British and two Americans, who showed great courage in joining the fight for Indian independence from British rule. A lucid narrative written with sensitivity and insight. 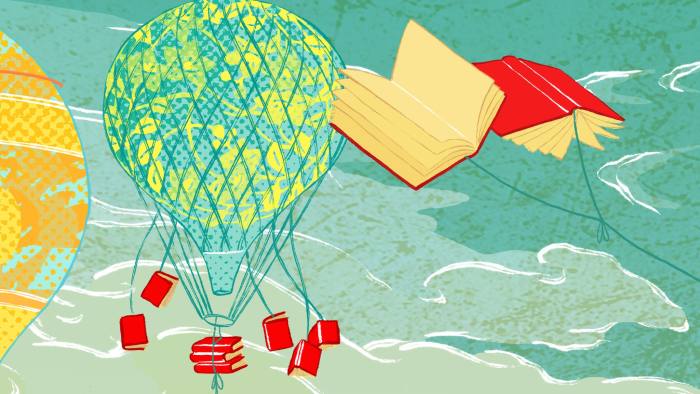 All this week, FT writers and critics share their favorites. Some highlights are:

The grain is the focus of much concern as Russia’s war against Ukraine chokes off supplies from two of the world’s top producers, threatening severe shortages, inflation and political turmoil. Despite its title, Reynolds Nelson’s fascinating book covers much more than the rise of the wheat industry in the United States.

Generation after generation, people in Western countries have been brought up to believe that the history of modern science began primarily in the 17th century in Western Europe. In a book of impressive variety and high quality, Poskett dismantles that restricted version of events and produces a truly global story.

Ruler of the Habsburg empire from 1740 to 1780, Maria Theresa towers over the history of German-speaking Europe like Elizabeth I over the history of England. This comprehensive work by Stollberg-Rilinger, an expert on the Holy Roman Empire, will remain the definitive study for many years to come.

Wilson, a musician and writer who has written an excellent book on Dmitri Shostakovich, has now produced the first biography in English of Maria Yudina, one of the greatest Russian pianists of the 20th century. His study gains strength from his vivid reconstruction of the classical music scene under Soviet rule.

tell us what you think

What are your favorites from this list and which books have we missed? Tell us in the comments below.