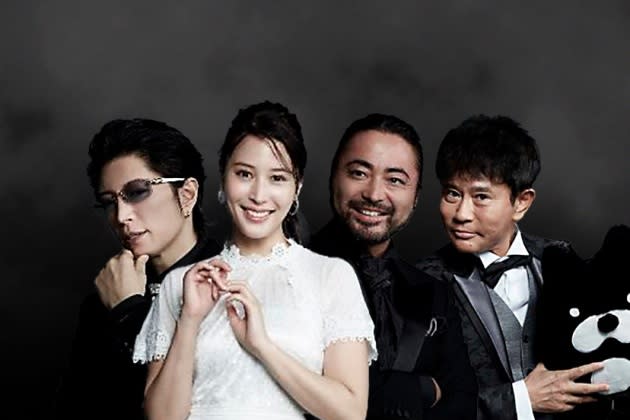 Japan is the latest to remake Simon Cowell’s ‘Got Talent’

Japan’s Abema TV has become the latest to order a version of Simon Cowell’s Got Talent franchise. Airing next year, Yoshimito Kyogo will produce the local version of the hit format, which has been remade in 72 territories and sees artists of all varieties try to impress a panel of celebrity judges and a global audience with their talent. The judges will be comedian and actor Masatoshi Hamada, actress Alice Hirose, musician GACKT, and producer Takayuki Yamada. The show has been a huge success for many years for ITV in the UK, where it was created by Syco Entertainment, backed by Cowell’s Fremantle, and is licensed by Fremantle. The deal was negotiated by Katsuhiko Waza of Fremantle, who is Senior Vice President of Distribution, Japan; Paul Ridley, Senior Executive Vice President, International Distribution; and Stephen Flint, Director of Operations, Global Entertainment Production.

Prime Video has acquired the UK and Ireland rights for a four-part documentary series Swamp Butchers, while A+E has swooped down on the rest of the world. The documentary, which is sold internationally by Abacus Media Rights, follows the story of two serial killers who operate separately in and around Baton Rouge, Louisiana, between 1991 and 2001. Directed by David Harvey (Bloodline detectives, green-eyed killers), comes from Peninsula Television, with Elaine Frontain Bryant, Michael Gelman and Peter Tarshis serving as executive producers for A&E. Abacus managing director Jonathan Ford and Peninsula’s Ronan Hand are also executive producers.

Warner Bros. Discovery UK has ordered three series: The secret life of the auction house (Work title), vintage runners (w/t) and supercar airport (w/t) and confirmed returns of Kings of the Wood, MotorPickers, Fifth Gear Recharged Y wheel dealers. Orders will air on linear WBD UK channels and streamer Discovery+ from next year. Curve Media is doing The secret life of the auction housegoing behind the scenes at Hansons Auctioneers, while WBD-owned Richocet is behind vintage runners, in which antique dealers compete to find their customers the perfect antique. Air TV is producing supercar airport, which follows supercar dealer supremo Dean Bartle as he gives potential buyers a unique test-drive experience on an airport tarmac, just feet from his dealership. In the meantime, queer eye‘s Tan France will become the new host of Say yes to UK dress.

Germany’s Studio Hamburg changes the name of the sales division

German distributor Studio Hamburg Enterprises changes its name to OneGate Media, with Tania Reichert-Facilides as CEO. Founded more than 60 years ago as a subsidiary of German public broadcaster NDR, the newly renamed firm is part producer Studio Hamburg Group and has 70 employees in six sales divisions. “Changing our name to OneGate Media is a natural next step in our journey as a distribution company,” said Reichert-Facilides. “It creates better visibility for our company to all of our partners and customers and puts our excellent content portfolio in a new spotlight.”