» Stories » “I really needed a friend”

Tom Petty was a huge fan of The Beatles growing up and had the opportunity to play in a band with George Harrison as an adult. However, before they began collaborating on music, Petty said they formed an almost instant friendship. He looked at Harrison like a brother. He was particularly grateful for this relationship because he said it came at a time in his life when he most needed a friend. 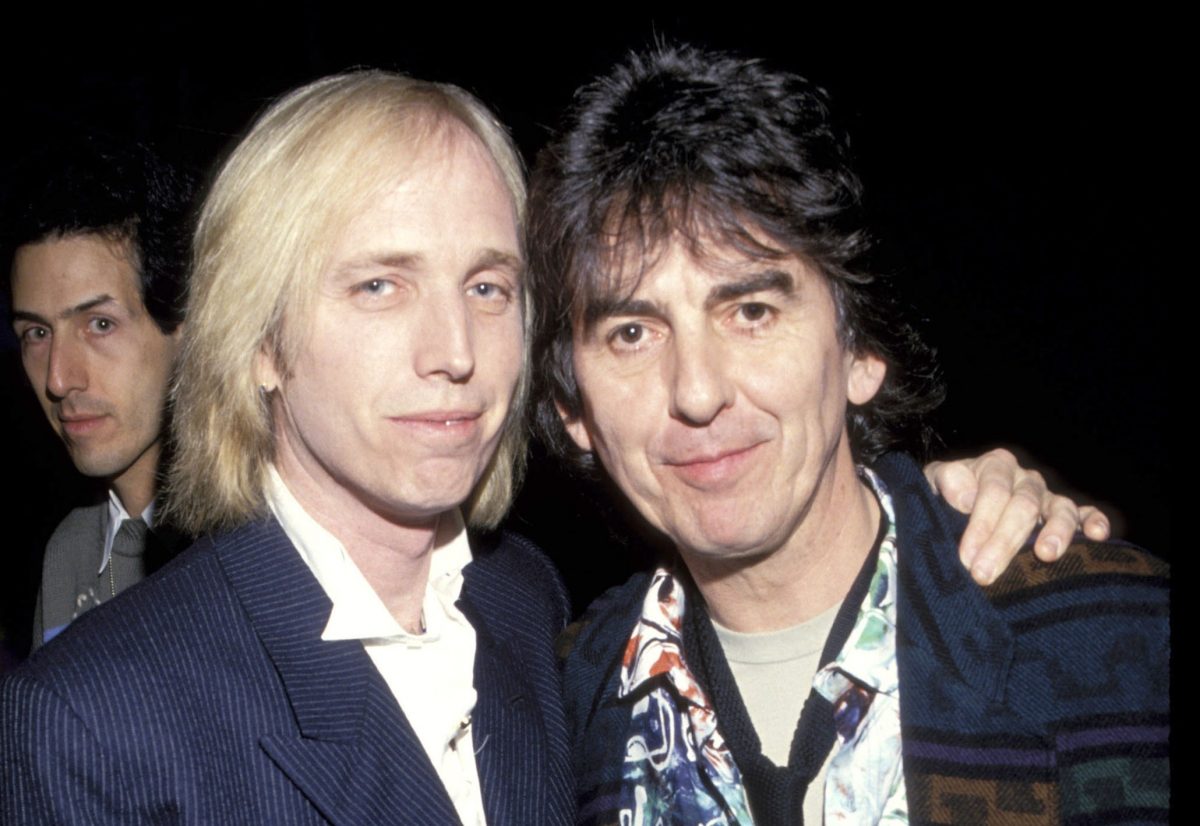 The Traveling Wilburys were a supergroup that formed by accident. Harrison needed help recording a song, so he recruited Jeff Lynne of ELO to help him. They needed a studio, and fast, so they contacted Bob Dylan, who had one in his garage. When he stopped by Petty’s house to retrieve his guitar, the Heartbreakers musician wanted in. The group later recruited Roy Orbison, who initially only wanted to watch Harrison and Lynne’s recording session.

Petty, the youngest member of the band, couldn’t believe his luck recording with several of his heroes.

Before improvising the Wilburys, Harrison and Petty formed an easy friendship.

“Almost as soon as we met them, we spent more time with Tom and Jane Petty than with anyone except the Keltners,” Harrison’s wife, Olivia, told Warren Zanes in the book Petty: The Biography. “They were family.”

For Petty, the friendship with Harrison couldn’t have come at a better time. His marriage to his wife Jane Benyo was rocky at best, and relations with the Heartbreakers had become strained.

“I think he really needed a friend,” Petty said. “My friendship with the band was a different kind of friendship. And he was frayed. I would be very lonely. George came and we got so close; it was as if we had met in some other life or something. We were friends within minutes of meeting.”

Petty explained that Harrison made it clear that he wanted the friendship to last.

“I remember him telling me a couple of days after we met: He was hugging me, holding me and saying, ‘Tommy, you’re in my life now whether you like it or not.’ It was as if the person I needed had been sent to me. She healed a lot of wounds.”

Even outside of the Wilburys, Harrison helped Petty with his music. When Petty was working on “I Wo n’t Back Down,” one of the most enduring songs of his career, he was hesitant about releasing it.

“It was kind of embarrassing,” he told Billboard in 2005. “I was like, ‘Should I post this?’ It’s so fucking literal that there’s nowhere to hide in this song. Jeff [Lynne] and Mike [Campbell] he liked it.”

“It was George Harrison who put him over the top,” he explained. “He played guitar and sang, he took me aside and said, ‘This is really good, I really like this song.’ And then I thought, ‘Well, if everyone likes it, I’ll put it out.

RELATED: Tom Petty Said George Harrison Never Left Without Saying How Much He Loved Him