The arrival of the fall weather may be delayed a bit, but the weekends are increasingly filled with fun food events. While it can be fun to watch the Bears and Texans get closer to one of the top picks in the draft, maybe it’s better to spend time at a bar or restaurant eating something delicious.

It begins on Saturday, September 24 at Eight Row Flint in the heights. The popular patio bar invited Goode Co. to introduce its Tex-Mex Kitchen & Cantina restaurant to the neighborhood with a food and beverage collaboration. Goode Co. plans to open the new restaurant in the old Down House space in late October.

Inspired by the friendship between Goode Co. President Levi Goode and Eight Row co-owner Morgan Weber, the event will feature dishes such as carnitas prepared in a copper pot, a whole roast pork and grilled items from the menu. of Kitchen & Canteen. Eight Row already serves its version of the Goode Co. Mezcal Watermelon Margarita: “It’s not easy for me to get to East San Antonio or wherever that place is,” jokes Weber, who will serve alongside his other margaritas and ranch waters. .

“We’ve been watching the Heights for the last five years, maybe longer,” Goode Co. president Levi Goode tells CultureMap. “I really like how it played out. It definitely still has the history and charm of what The Heights has always been. a lot of quality [restaurants] in the neighborhood, being Morgan and his Agricole group the pioneers”.

“I’ve always appreciated that there’s this genuine border culture nature to the menus that you don’t see at your normal Tex-Mex restaurant of enchiladas, rice and beans,” adds Weber of Kitchen & Cantina. “I think the synergy of having the Goode Co. and the spirit that they have is going to be a lot of fun. I think it will resonate well in the neighborhood.”

The event takes place from 2 to 6 pm. In addition to food and drinks, expect free gifts and music from Mason Creager.

Brands like Old Forester, Bulleit, Dickel and Wild Turkey will sample some of their signature sips. Additionally, Westin Galleymore bartender will teach attendees how to make classic bourbon cocktails and perform with musician John Egan.

Bar and snack shop in the city center Winnie’s will celebrate its first anniversary this Sunday with a drag brunch, from 11 a.m. to 5 p.m.

The drag brunch will feature performances by Queen Persephone and her friends along with a raffle of a custom 1971 Honda dirt bike by local artist Mac the Sign Painter. The bike features a “hand-welded electrical conduit muffler, lots of black spray paint, and lots of baling wire and electrical tape,” according to a release. Winnie’s co-owner Graham Laborde tells CultureMap it’s great to ride. 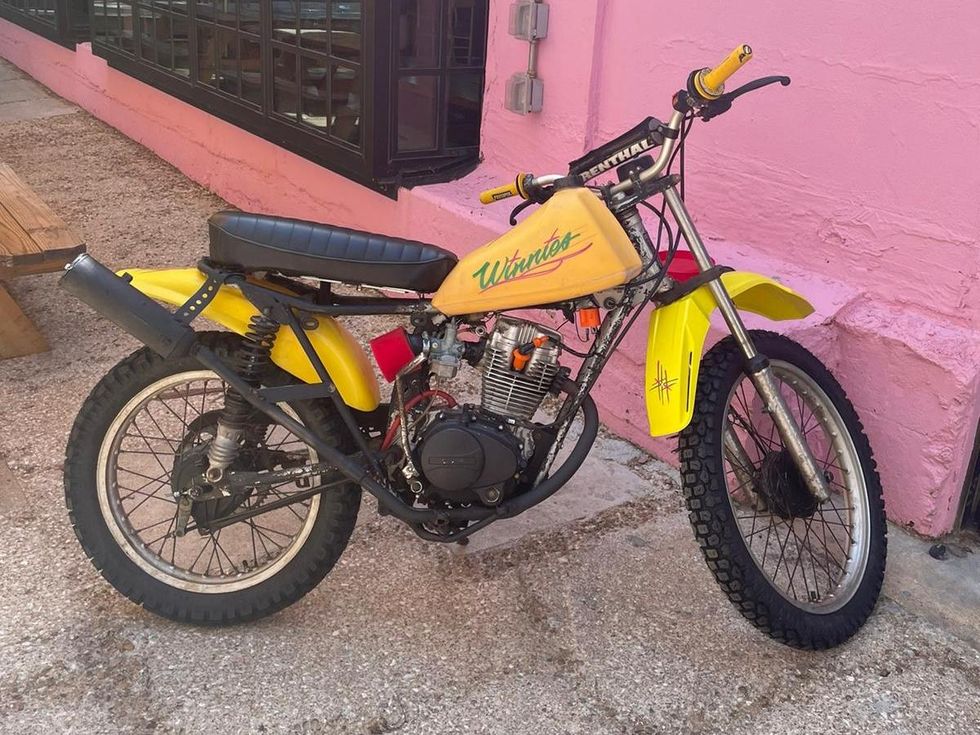 We are told that the winner will have to sign a liability waiver. Courtesy of Winnie’s

Proceeds from the raffle tickets, $25, will benefit the Southern Smoke Foundation.

Shepherd and Dearmond will make their first public appearances since leaving Underbelly Hospitality earlier this summer. The menu includes a smoked bologna sandwich with pickled onions, barbecue and cheddar cheese mayonnaise on white bread; a Cha Ca “Taco” salad with turmeric yogurt fish, herbs and pickled onions in a sesame cracker bowl; and a Carrot Cake Fried Pie with carrot cake and cream cheese frosting, wrapped in batter and fried.

“I’ve loved Winnie’s since they opened and have loved sandwiches my whole life,” Shepherd said in a statement. “When I was approached about doing her birthday as a benefit for Southern Smoke, of course I said HELL YES.”

“Winnie’s has always been about having fun with friends, so we couldn’t think of a better way to celebrate our first birthday than by having some of them over to help us celebrate,” added Laborde. “Not to mention, we’ve always been a huge supporter of Southern Smoke and everything they do, so it made sense to tie the event in with that.”