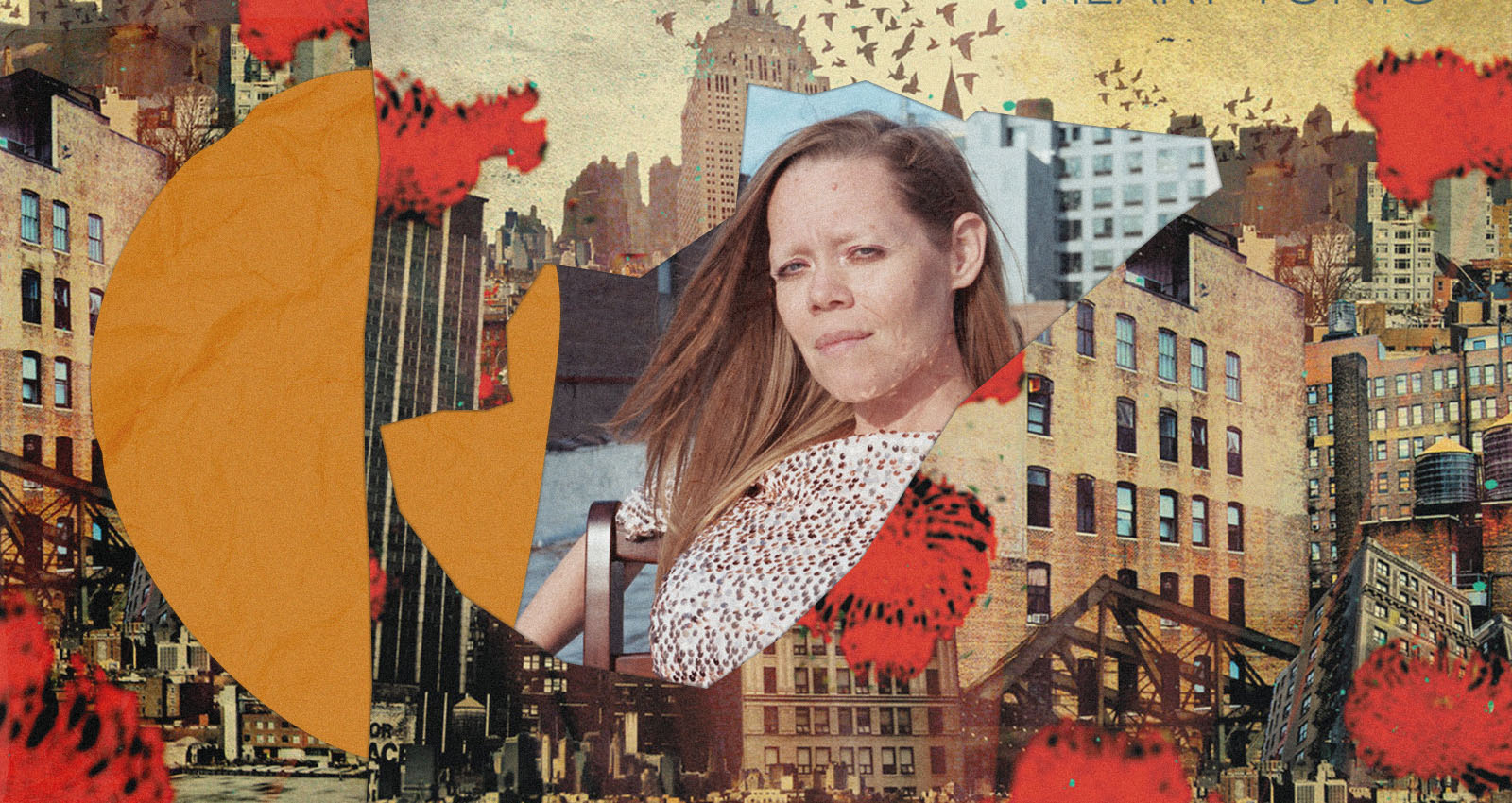 Saxophonist and composer Caroline Davis likes to think big. All of her recent recordings have been built around larger themes: exploring grief and loss following the death of her father; the anterior digit of a bird’s wing and its relation to flight; Ingmar Bergman’s Person (1966); and the spirit of Von Freeman’s legendary jam sessions in Chicago. Instead of releasing recordings that make some point about harmony, rhythm, or process, it’s as if she’s crafting a finely nuanced musical biography, one clear and coherent chapter at a time.

In December, when Davis hosted the Portals Volume 1: Mourning at Roulette album release celebration not far from his Brooklyn home, he not only assembled a standard jazz quintet and a string quartet filled with improvisational virtuosos, he it also included a female dancer, Miriam Parker, and an ambitious set design by Laura Fernandez and Carla Bacchi, which broadened and unified the overall dueling concept of the album.

“My experience was textural,” he explained a few days later. “Four textures stood out in the performance. One, soft and tender; two, wet and slippery; three, hard; four, prickly and prickly. These were the stages I felt in my own pain from [my father’s] recycled death in those [pandemic] years of missing concerts and opportunities. I wrote all the music based on these themes and textures.”

Brooklyn and Chicago have two of the most vibrant jazz scenes in the world; Davis has lived in each one and his work reflects that. He got his start on the Windy City scene while earning a Ph.D. in Cognition from Northwestern University. She was impressed by the musical range that was present on the scene and recalls how she would have nights where she would play directly and then join hard bop saxophonist Von Freeman in his legendary jams at the New Apartment Lounge. . She connected with musicians from the Association for the Advancement of Creative Musicians, a longtime incubator for musical iconoclasts. She made a recording documenting her time on the scene, but the city’s lack of female jazz musicians and her infamous segregation began to affect her. She so she moved to New York.

One of the highlights of that experience was working with one of his idols, saxophonist Lee Konitz. “There’s a freedom to his playing,” she says, “and he didn’t repeat a lot of ideas. Really, he really gravitated towards not repeating licks or patterns of things.” Konitz inspired her to strengthen her lines and be uncompromising in her vision, and her influence is audible in Davis’s thin, tart sound on her instrument.

In New York, she joined a thriving community of songwriters and improvisers, including Matt Mitchell, Anna Webber, Marta Sanchez, Miles Okazaki, Kate Gentile, and Wendy Eisenberg, who have inspired her to take her concepts further. “I write challenging music,” she says. “And regarding the instruments themselves, I’m trying to verify ‘How would you play this on the cello?’ or talk to trumpeters and see if this [music that I’ve written] It is easy.”

The string quartet used in his interpretation of Roulette reflects a contemporary obsession. Davis cites Cage’s string quartets and the music of Ligeti and Lutoslawski as particular interests, and in Roulette, the string players were much more than a backdrop: each member improvised and had solo roles within the songs.

Your next project may bring together several of your interests. He is planning a collaboration with flutist/songwriter Nicole Mitchell, a titan of both the jazz and new music scenes and a key figure on the Chicago scene during Davis’s time there. “You can’t tell the difference between [Mitchell’s] written and improvised material,” says Davis. “Also, there’s an innocence and playfulness and a kind of attention to those little details that we forget as we get older.”

Davis’s catalog is a uniquely diverse set of recordings that reflect both regional specificity and personal innovation. Here are some tracks that show the dynamic range and feeling in Davis’s playing and songwriting.

“Hop On Hop Off” by Portals: Mourning

Davis inverts the usual structure of the strings in conventional jazz by having them do the heavy lifting: carrying the mood and personality of the piece, while the jazz quintet simply heightens it. Bright, swirling and spiky, the song captures the complexity of pain and memory, particularly the playful flashbacks of pain. It applies equally to the loss of a parent and the loss of a livelihood and mentors during the pandemic.

With its staccato rhythms and lightning-fast saxophone lines, it’s no surprise that the music here is inspired by the part of a bird’s wing that enables locomotion. The music is alternately terse and soaring as Davis, keyboardist Matt Mitchell, and Deerhoof drummer Gregory Saunier weave through complex music with virtuosic ease.

Davis and pianist Rob Clearfield named their group Persona after their love for the classic Ingmar Bergman film of the same name. In some ways, their musical relationship reflects the film’s underlying theme: the way one person’s identity can begin to spill over into another. In this compact yet elegant opening to their Anthems recording, Davis and Clearfield finish each other’s musical phrases. It’s easy to hear the haunting tension that’s a trademark of Bergman’s work in the quiet, anxious mood of the track.

Saxophonist Lee Konitz is a key influence on Davis, and the music of Joe Henderson and Gigi Gryce have become recent polestars. It’s easy to hear all three on this serene and concise track from Heart Tonic, a recording reflecting Davis’s research into heart rhythms following the diagnosis that his father suffered from an arrhythmia caused by low ventricular ejection fraction. left. The results here are abstract, non-clinical, full of unique propulsion and test alone.

Doors is a recording that almost functions as an audio documentary of Chicago’s post-millennium jazz scene, as 13 key figures add their memories to the musical narrative celebrating the Windy City. Davis’s working quartet adds trumpeter Russ Johnson for a warm, contemplative reflection on where Davis first found his musical grounding as a professional.

Big, bright and bluesy, this is Davis’s ode to the Von Freeman jam sessions that were crucial to his development as a musician. The band’s rapport, enthusiasm and funk feel straight out of Chicago’s South Side and convey a warm sense of community. Davis’s playing is tough and soulful, just like his mentor.